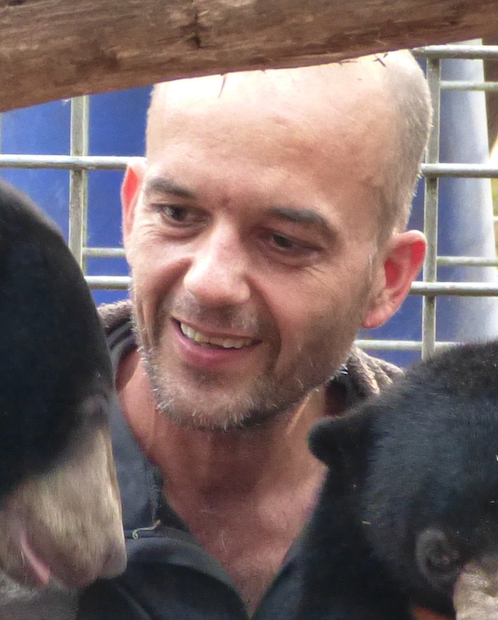 My name is Patrick Rouxel, I am an independent filmmaker dedicated to rainforest conservation and animal welfare. The purpose of this website is to share my films with the public.

My films are about giving a voice to the rainforest and the victims of deforestation. They are both a tribute to the beauty of the rainforest and its wildlife, and a means of raising awareness of the suffering and loss inflicted by human development, corporate greed and consumerism.

I am driven by empathy and consider my films an act of citizenship, like a drop of water to help extinguish the blazing fires of destruction around the world. I make my films independently, free of all political, religious or commercial interest. I try to trigger change in our consumer choices and in the way we behave toward animals and nature.

My films are either commissioned by environmental NGOs or self-produced, they are made possible thanks to the help of friends. They are copyright free for home viewing and non-commercial public screenings. They are available for free streaming on this website, but GREEN, ALMA and LIFE IS ONE can also be purchased on DVD or Blu-ray.

Since February 2011, I have spent most of my time with sun bears in Indonesia, both reintroducing cubs into the wild and improving the living conditions of captive adult bears. Like most of the Indonesian wildlife, sun bears are threatened by deforestation and hunting, but very little is done for them and their plight receives no attention.

With my sister Caroline Vidal and a friend Christine Chiquet who both share my sensitivity, I have created a non-profit organization called Sun Bear Outreach registered in France. The main objective of this charity is to raise awareness of sun bears and raise funds to help improve the well being of captive sun bears across Indonesia.

This website is made possible thanks to the help of Thierry Lauthelier (webmaster) and Yoann Copinet (video encoding). My films are produced under the name of Tawak Pictures, founded by filmmaker Jan Kounen who has supported my work from day one.